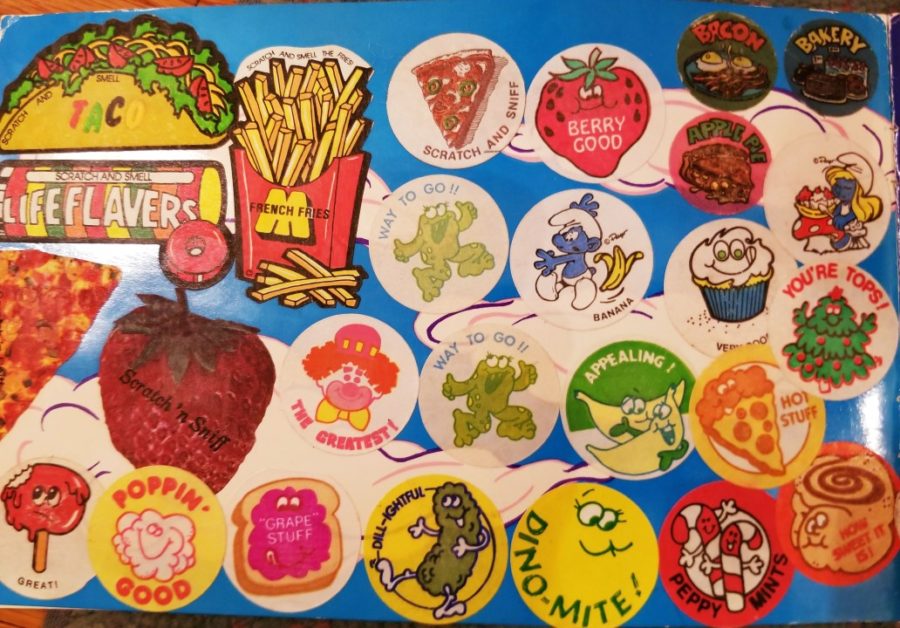 If you grew up in the 80’s then you definitely remember your sticker album and trading with your friends! And, you best believe it, I have all my sticker albums to this very day.  Puffy, smelly, bright colors, cartoon, movie and TV characters….if they were sticky, we had to have them. 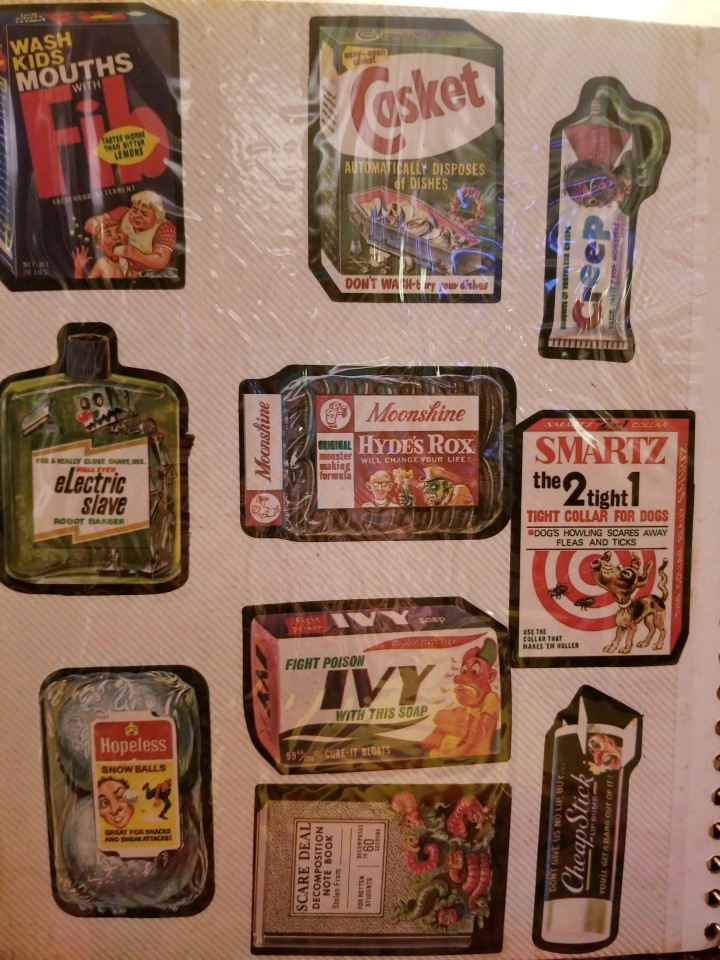 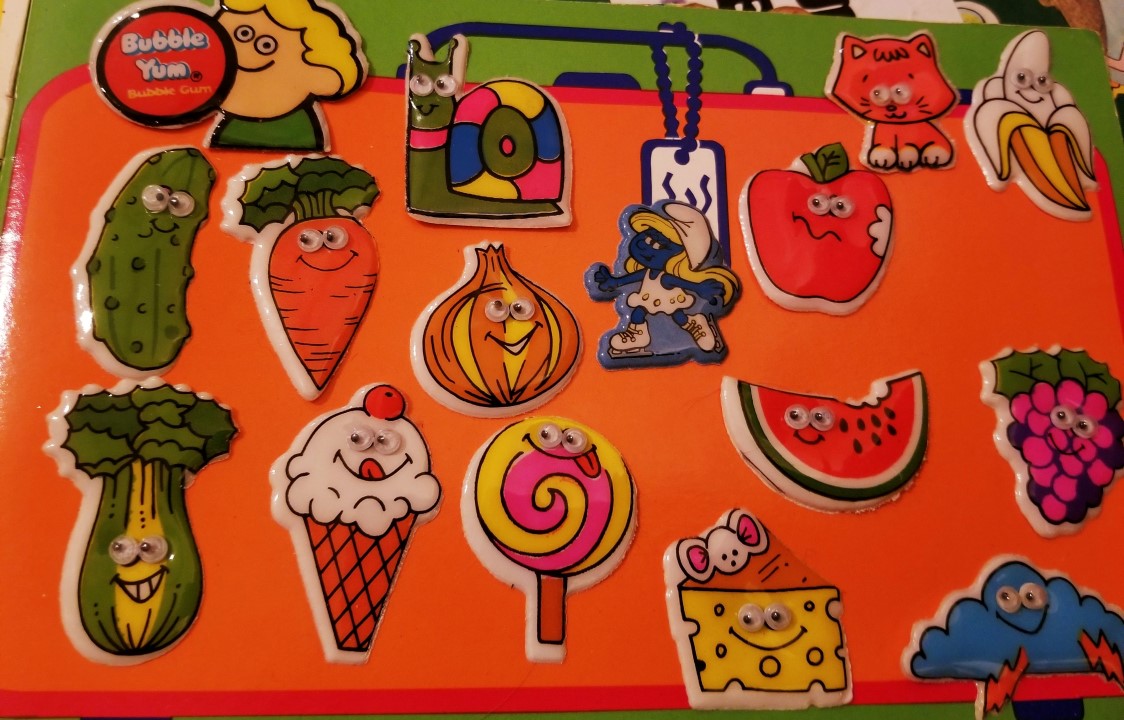 When I was young, we’d go to the Mall of New Hampshire (when it was the old and smaller mall).  Our parents would have dinner at Memory Lane in the food court and they would send us kids out to roam the mall (yes, old school).  In the center of the mall there was a sunken concrete area with waterfalls (very mid century style)…I hate to admit this, but we’d go and grab a bunch of change from these waterfalls to go and buy stickers at Spencer’s (sorry, we might have stolen your wish!). The stickers at Spencer’s were on huge rolls by the cash register and they ranged from $.05, $.10 to $.25 each.  And, guess which were the most coveted stickers? Lisa Frank, baby! 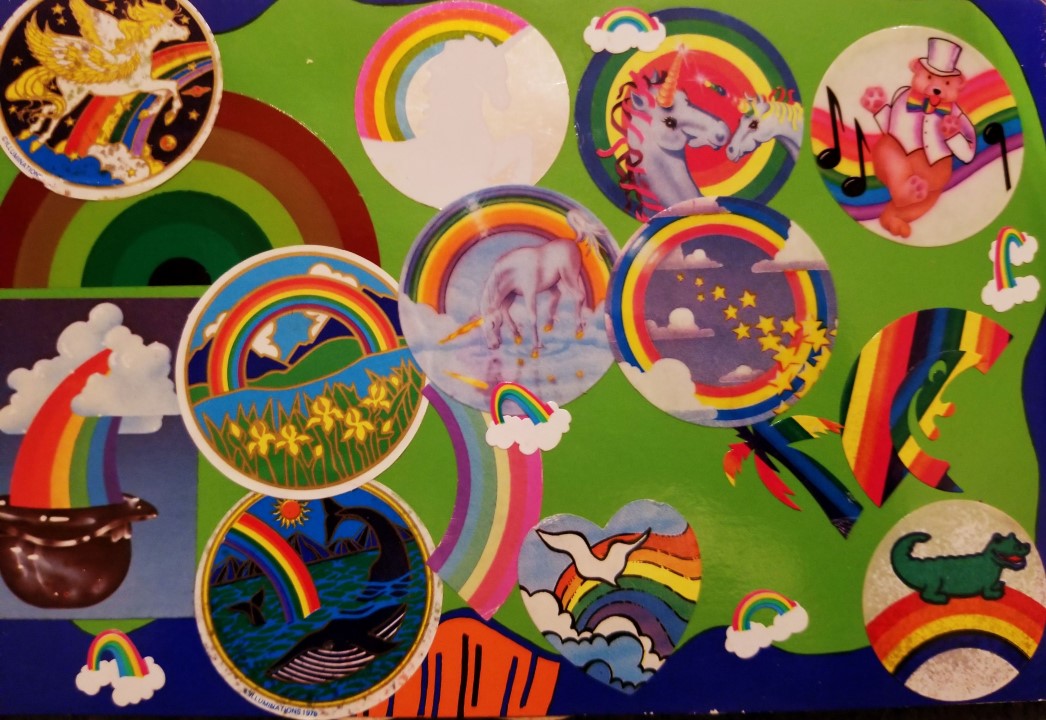 There was also another place we went to in NH for stickers and it was a VERY special place to get to go to. Long before Route 101A was as congested and sluggish ride as it is today, and years before Walmart arrived on scene, there was Happy Heart! Remember?! Even the store sign was the coolest! The inside of the store was filled with everything cool from the early 80’s; from stickers to Hello Kitty to rainbows and unicorns to everything in between.  The stickers they had there….would blow your mind. The ice cream cones you could stack, the kittens and puppies. The best. I only remember getting a few stickers from there, as I remember it may have been more on the expensive side (but such a treat!). 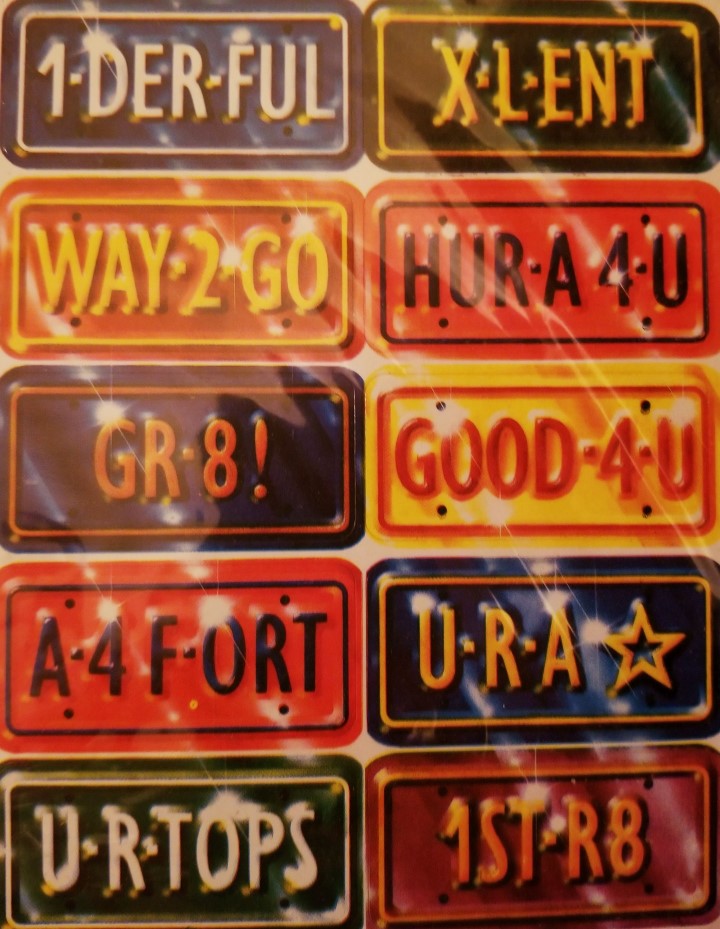 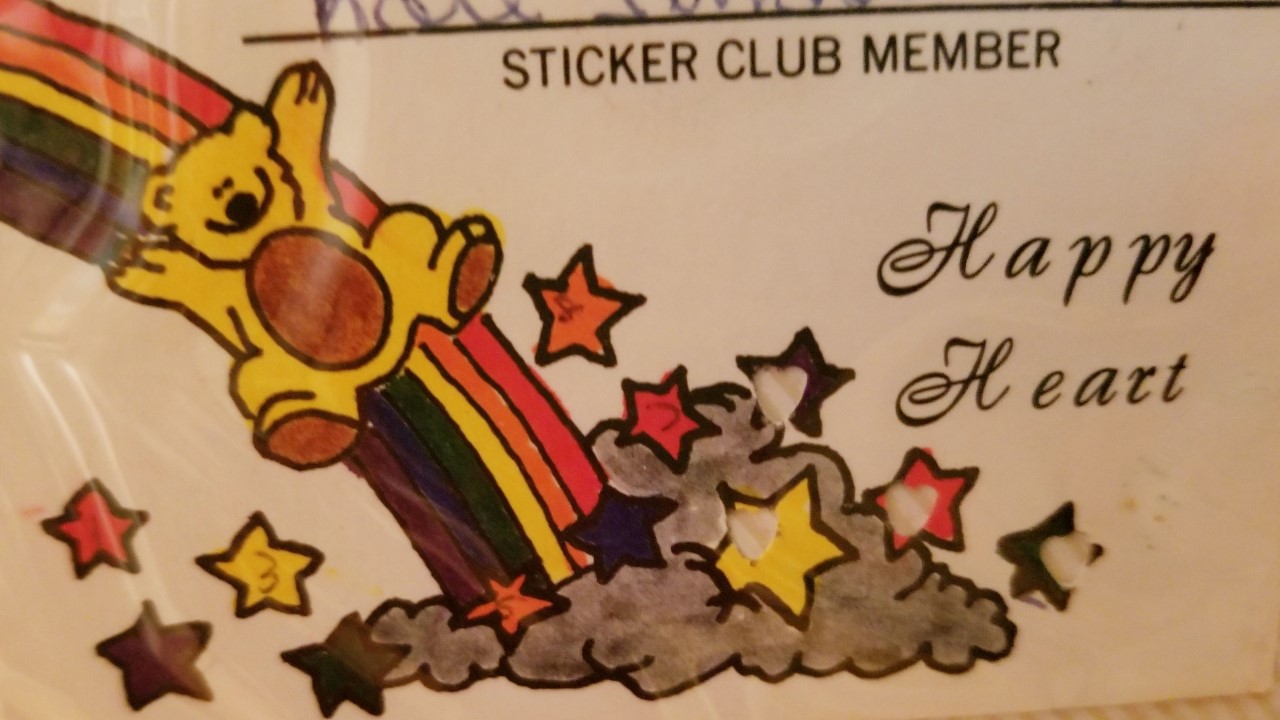 Some how I ended up with a ton of the Topps Wacky Packages Stickers when I was young. They were from the 1970’s and early 80’s. I have no clue where I got them, but to this day they are among my favorites! I just wish I hadn’t stuck them to the inside pages of the album! And, if you look at them closely, they were totally inappropriate for kids (but, at that time no one noticed or cared!). Sticker collecting was the bomb!

Let the actual pictures of my sticker collection speak for itself.  The 1980’s were the best! Can you relate? Follow my store, The Melamine Cup on Facebook for all things nostalgic…1950’s thru 1980’s.

PS, the little blue critter named Falke (we called him Falkie)…to this day, I have no clue why this sticker was so popular…do you? 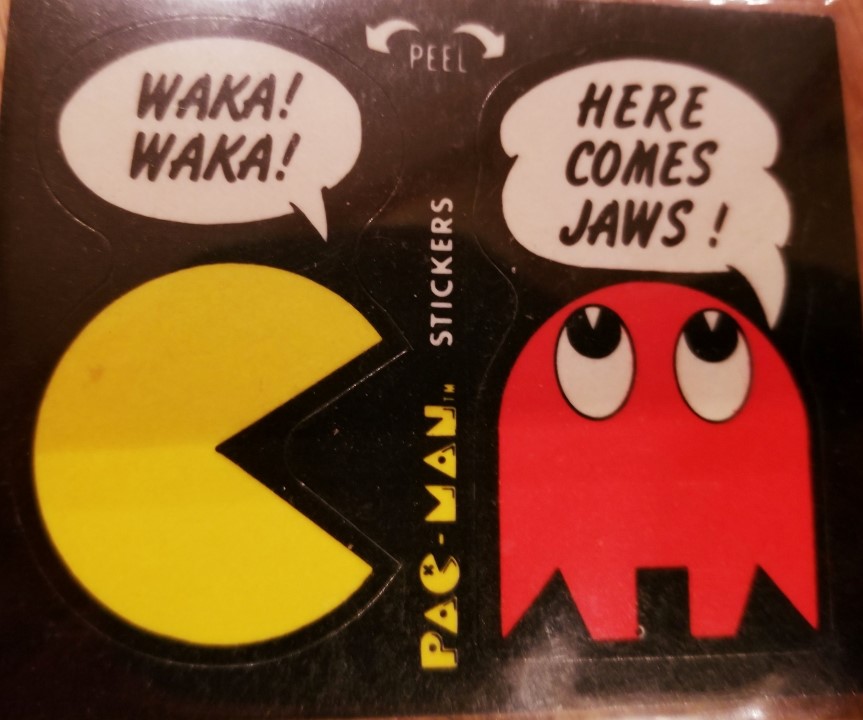 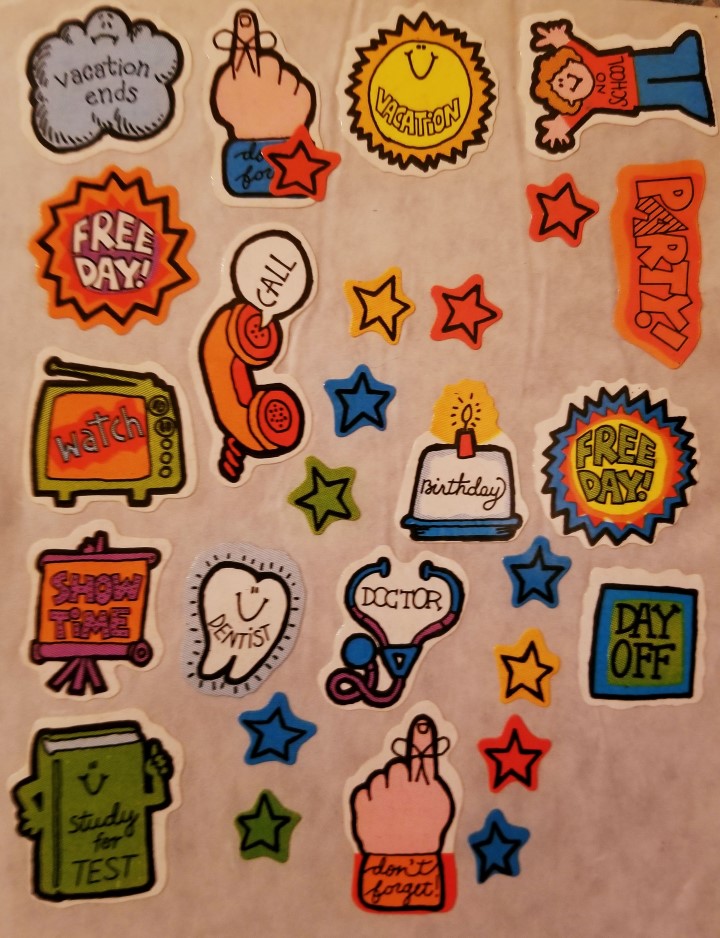 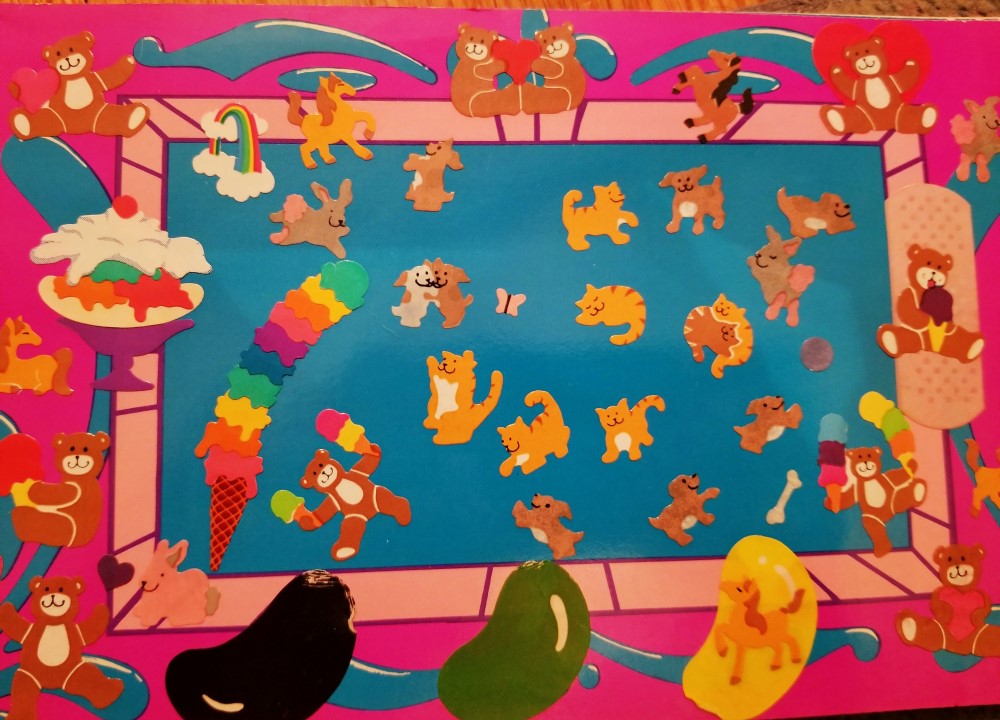